A friend asked me the other night how I ended up being the way I am. I didn’t know how to qualify the question so I don’t think I was able to answer it properly. Apparently, some regard me as being ‘cool’, but it’s a vague concept that I refuse to accept. Nonetheless, people always say that one is shaped by experiences, both good and bad. It means that if I want to attempt to answer the question of how I got to be this way, I will have to reveal the very bad and the fairly good.

Who I am was forged by loss and heartbreak, by death and immeasurable pain, by being left alone by people who mattered to me the most. And so, there is nothing remarkable about me. I am what’s left when nothing else works out and when everything falls apart. There is nothing to understand about me, because I’m what happens when people stop trying.

Luckily, who I am include not only what happened to me, but also who. In the midst of all the loved ones I’ve lost by whatever means through the years, there are also extraordinary people who have chosen to stay for some reason I have yet to figure out. Is there such a thing as an emotional defibrillator? It’s when you feel that your heart is about to give up because grief is heavy, and then someone pumps up your heart so fiercely that it takes a moment for you to discern whether it’s painful or beautiful.

In the end, of course, it’s both. And that’s what the people who are currently in my life do for me. I consider who we are—all of us—as a combination of awesome and awful people who happened in our lives. It’s terrible, yes, but an incredible reason to keep going. And it beats being labeled as merely ‘cool’, yes? 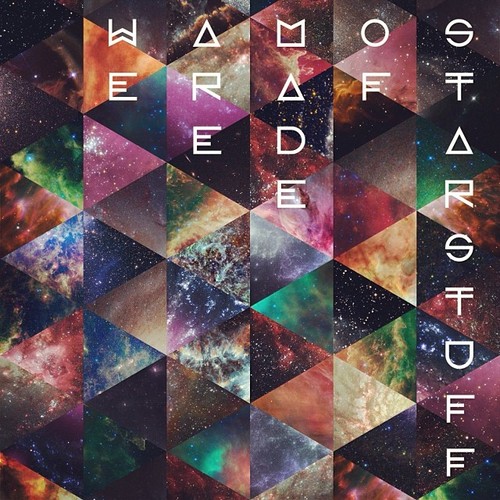 There seems to be no shortage of communities upholding various causes, and all appear to be committed to letting the world know that they are not to be ignored. But I always find a flaw in the way they are so assertive about their belief system. There are times when I come across statements such as, “there is nothing wrong with being plus-size, you skinny bitch.” Or, “it’s okay to be gay so you should always stand up to bullies.” Being in a group that accepts you seems like a good idea, but I still see it as belonging to an exclusive club where there is always a villain. Why should there always be a villainous force that drives their passion? The world is full of separate groups who are united in their respective causes, advertising to the whole world how it’s okay to be them, regardless if everybody else disapproves, and for them everybody always does. For me, that’s still not unity.

I want to see, for instance, UFC fighters on the frontline of a Pride Parade, not because they’re gays, but just because they support the cause and it’s extremely fun. I’d like to hear Paris Hilton telling her fans that it’s cool to be plus-size or Mia Tyler saying that even though she loves her own body, it’s not a sin to be thin.

I’d like to see atheists telling believers that it’s okay to stick to their faith, just don’t discriminate. I want priests to preach to little kids about how wonderful the universe is, tell them how we’re all made of star stuff, just as Carl Sagan said, and that we’re all equally brilliant. I want it to be okay for someone to be a devout Christian and an accomplished gay scientist who believes in aliens, because why won’t it be?

I’d like for ‘Asian’ to label only a cuisine, nothing else. I want to know Black only as a Crayon. I’d like linguists to be as passionate in Maths as they are in language. I wish I could see astrophysicists going crazy over the latest episode of Girls, or over Arcade Fire’s new single, or because Benedict Cumberbatch is sexy. Why should there be a great divide between what is considered cool and uncool? As long as you’re passionately in love with something, it’s cool. And just because other people aren’t as passionate about what you love doesn’t make them uncool.

I’d love to see the day when we don’t need to make a big deal out of someone coming out of the closet, or make a headline out of the Pope playing with a random kid or kissing a leper on the forehead. Making these news implies that these things are so surprising that we must document it and announce it to the world, because who knows when it will happen again? I want to still be around on the first day when all of these are finally everyday occurrences, on the first real day when discrimination dies, and be able to proudly tell my kids decades later, “I was there when it happened.”

I’ve lost count on how many times I’ve broken up with a song because of its association to certain people. It’s sad to leave these songs behind, but there are just tunes that completely take over your memories when they play, and you are instantly transported back to a specific instance and emotion you’d rather forget.

You know how sometimes you’re not sad but then you listen to a song and all of a sudden it depresses the hell out of you? Then there are your go-to songs when you’re in need of a good cry for whatever reason. Well, there are also times when sad people happen to happy songs. That’s when you are in a state of loneliness so deep that the song doesn’t cheer you up even a little bit, instead you bring it down with you. Bawling your eyes out through Owl City’s Fireflies won’t exactly make sense to others. Neither will silently weeping through the chorus of Orson’s No Tomorrow.

The truth is I’m better at moving on from people than I am from songs. People you can hide from your newsfeed, delete from your contacts list, and pretend never existed. Songs sneak up on you in a shuffled playlist when you thought you’ve deleted them forever. They play on the bus radio, they become movie soundtracks. When you go out to watch a gig, the band does a cover of them.

When people leave you, songs are your litmus test for moving on. You can tell yourself over and over again that you’re okay, but the only way to find out is if you’re brave enough to press play.

My mother told me which vices to avoid
Drinking too much
And smoking stuff
And drugs in all forms and size
But never the one with that crooked smile.

My father warned me to be careful outside
When crossing the street
And walking in the dark
And chasing cars
But he never warned me about you.

Every day, the world wages war
And fights demons
Within and without
And it bleeds a tender heart
But nothing scars like unrequited love.

Say what you will about the toxic schoolwork and the unremarkable dramas that college brings, but it’s when you find yourself and gain some of the most precious experiences you could have. And often, the worst day in your college life trumps the best day in your professional life. Because let’s face it, the only job you really had when you were in college was to be yourself, and sometimes that is a luxury in itself.

Life was more bohemian in college despite the rules. You got to read books and write for four years. What’s so stressful about that? You were surrounded by like-minded people who will become your best friends. And college friendship is unlike any other. You are bonded by a string of interests that develops into passions well into adulthood (whether it is writing, binge-drinking, or falling in love). Students now who think that they’re having the shittiest years of their life are in for a shock. Because we were.

When we were in college, we couldn’t wait to start working and live our dreams. Our heads were filled with possibilities and every day we got closer to graduation, we became more and more adamant about Carpe-Dieming the hell out of life. I wanted to find out immediately if I could write professionally, some wanted to teach and get the career stability they wanted as early as possible. Others wanted to go even deeper in studying Linguistics and Literature.

We were in a rush to leave the university because somehow we thought that it was too mediocre for our greatness. Because if we could survive college and still have time to drink or spend a lot of time loitering around school and reading books outside the required reading list, then surely we could handle the real world? But careers are not rooted primarily on what you can do. Movies such as Dead Poets Society and Mona Lisa Smile romanticized things too much for us. Basically, they aimed to show us that conformity is shitty. But there’s a reason why those movies are set in the 50s. It’s the 50s. Sometimes, revolution is not the answer.

Because the fact that you’re talented or passionate doesn’t always guarantee your success. The corporate world will not revolve around you. Dream jobs are punctuated with politics and dealing with difficult people and tolerating your own madness. Even if you love what you do, you will go insane on a regular basis and you will question why you chose to do it in the first place. It’s a different kind of life that requires a different kind of you. And sometimes you’ll need the people you met when you were the most You and the least Another Person.

So I apologize to my college self for being the passive-aggressive misanthrope I mostly am today. I’m sorry for all the mistakes I didn’t do when I was younger because it seems a thousand times stupider to commit them today. I’m sorry to all the friends I thought I could live without, because I can’t. You are a part of me, scars and all. And I’m sorry for the three articles that need to be written today because as much as I want and love to write, I’m high on tea and couldn’t care less about Italy right now.